The year is 1965. Martin Luther King, one of the leaders of the civil rights movement, has just won the Nobel Peace Prize for his work on equal rights fo black Americans. But in parts of America, such as Selma, Alabama, it is still almost impossible for black people to vote. The President won't help. Dr King goes to Selma to lead the march for change - for a world where people of all colours can be equal.

After reading the SELMA book, the students (4R, 4S) presented it and designed story boards and book reviews. They also watched the movie which was quite demanding.
Finally, the pupils created an exhibition in the school hall. 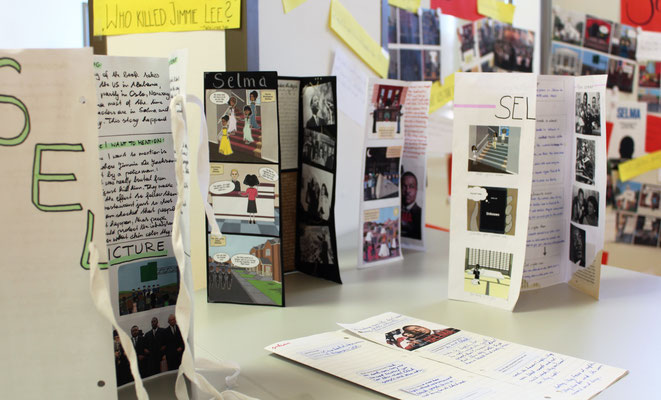 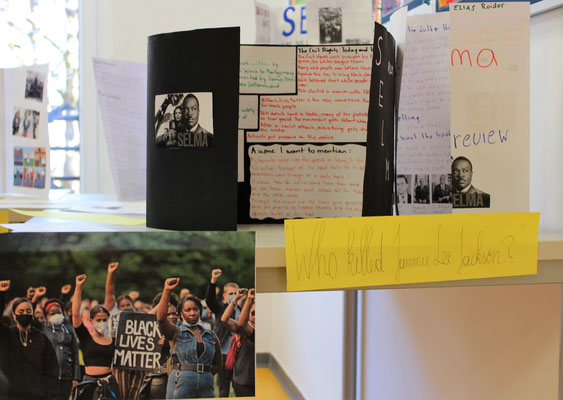 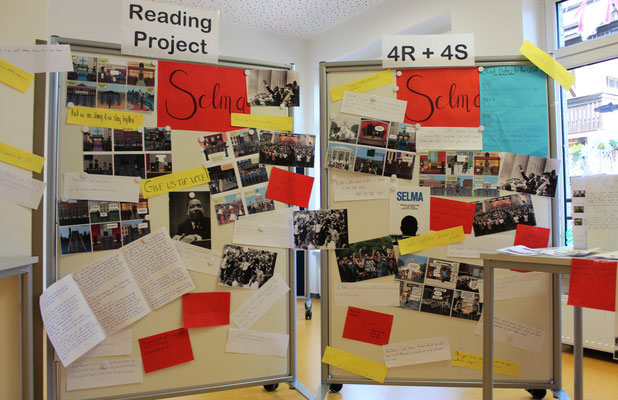 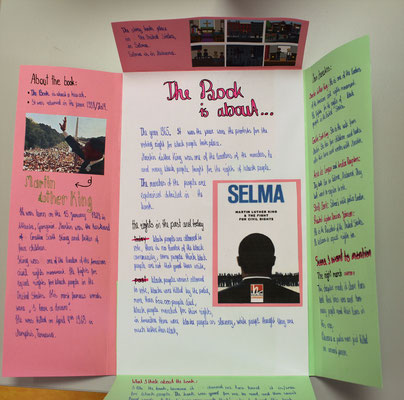 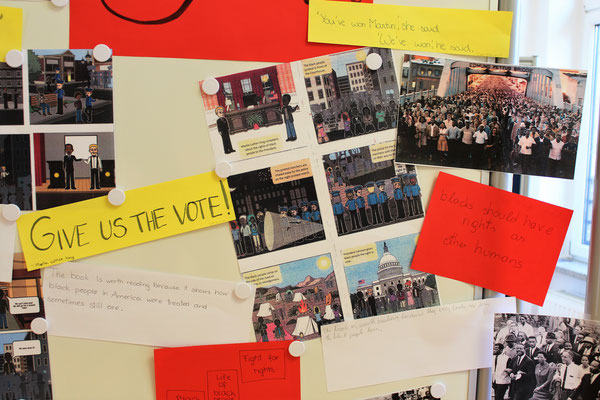 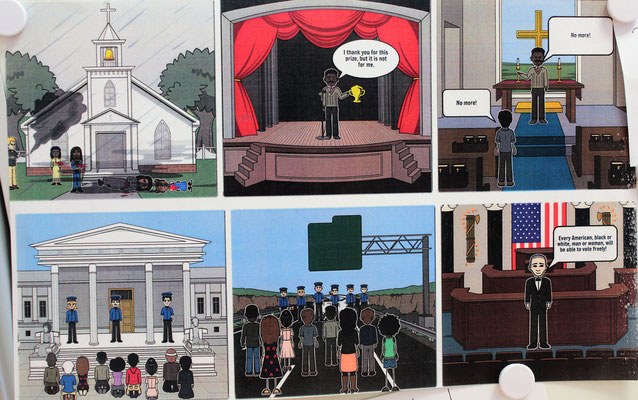 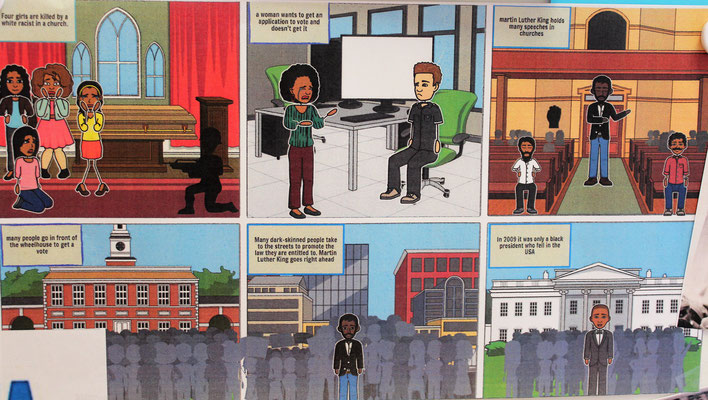 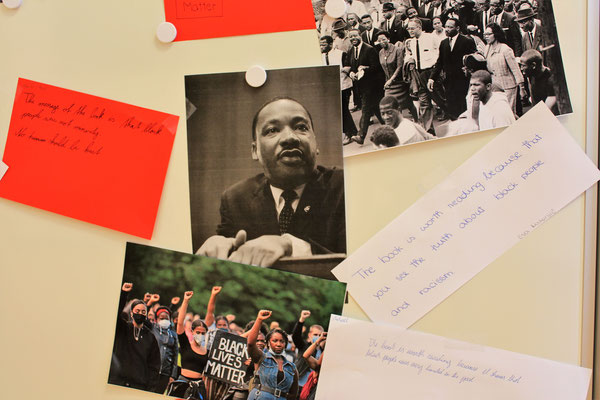 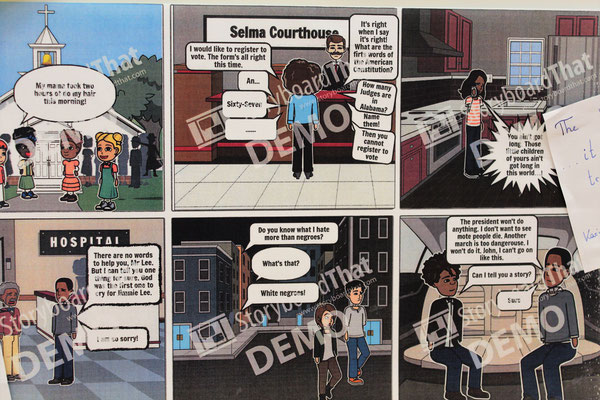 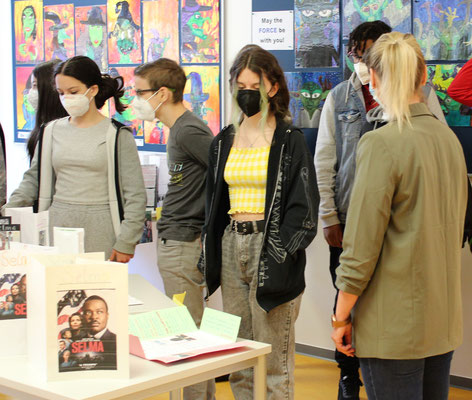 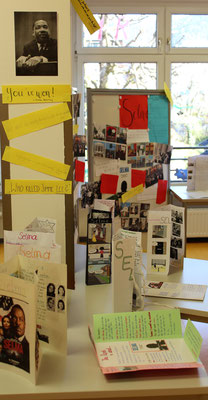 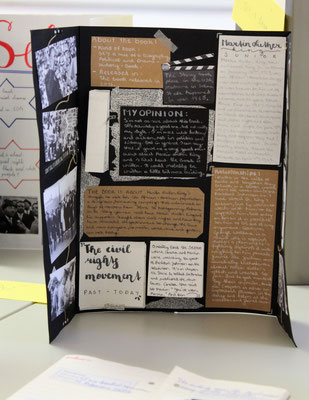 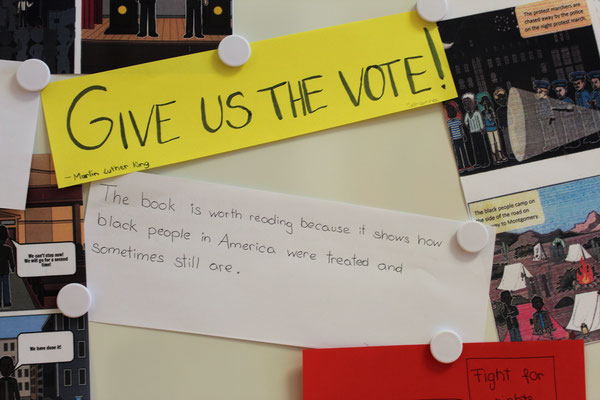 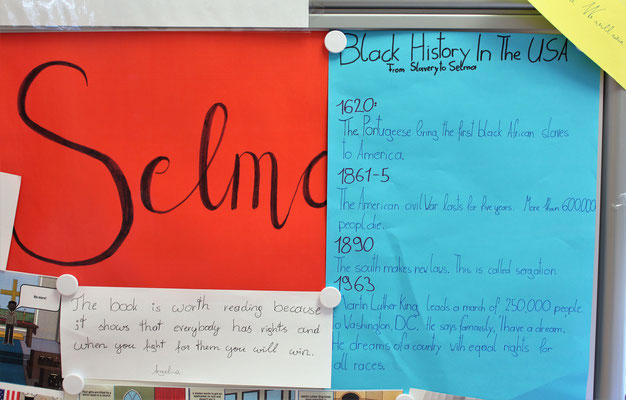 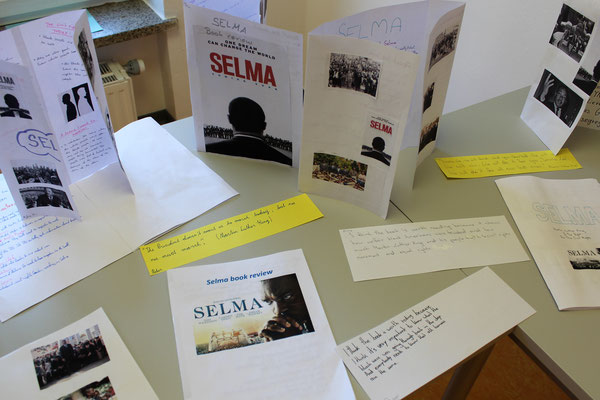 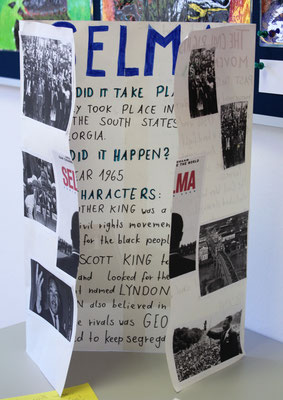 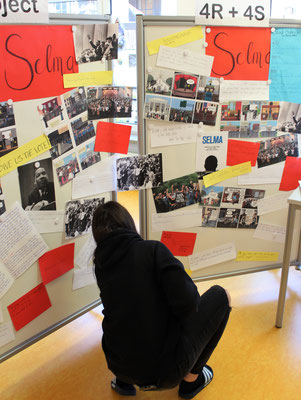 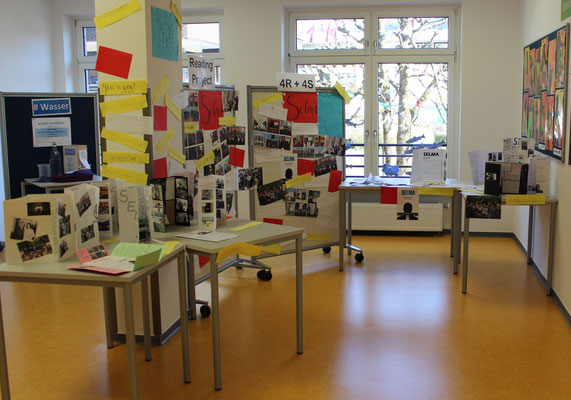